Mary is a neglected kid from Melbourne and Max is a lonely obese middle aged man with Asperger syndrome.

What they have in common is their loneliness and an accidental connection that grows into an unusual and bitter sweet friendship. 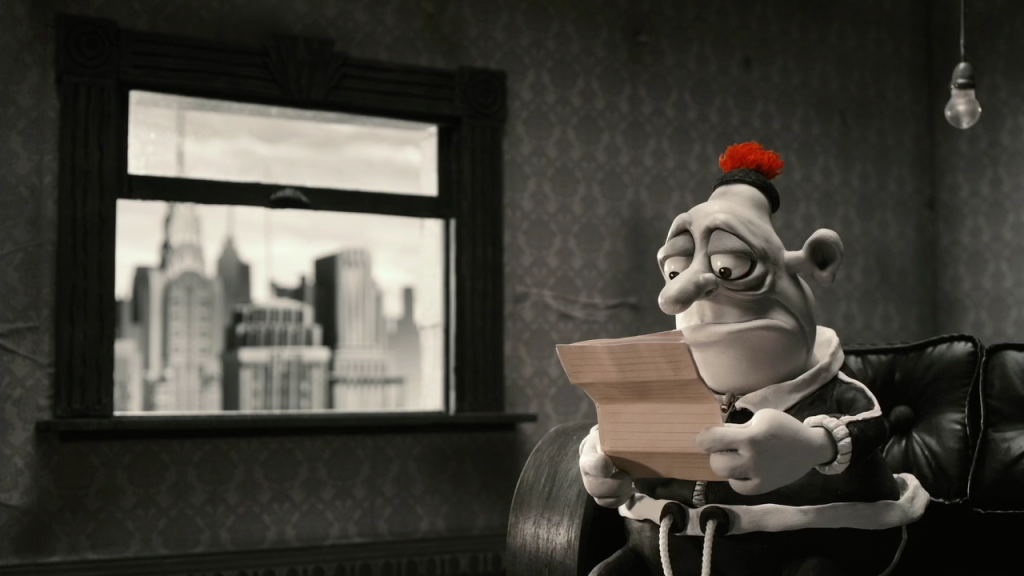 I’m moved by Max’s red pompom and the attention put into all details throughout the film. This frank clay-animation,  goes beyond itsstories of alcoholism, illness and suicide and beyond its darkish colors. It tells a real story about a 20 years unusual and in-theory-impossible friendship.

Mary and Max was directed by Adam Elliot, who also made Harvie Krumpet, an Oscar winning animation about the life story of a very particular man, who has Tourette’s Syndrome, very bad luck and who carries a book of “fakts” hung around his neck.

← The land of pigs and bunnies with truly unexpected behaviors: the surprising art of Michael Sowa
Unusual art and marine conservation →