Toy stories: kids from around the world and their precious posessions

Toy stories: kids from around the world and their precious posessions

My most precious possession when I was 3, was a clown named Micky. He was made of that kind of synthetic velvet that can give you goose bumps when you run your hand on it. He was half blue and half orange and his head was made of rubber. One day, he lost the rubber head. No one knows what happened to it. But to the stupefaction of my entire family, I loved him nonetheless. At a point, my mom tried to replace him with a new identical Micky. But – and this is something that defined me since I was tiny – I never cared for identical replacements. I cared for the headless Micky who had all the stories.

Now this is not something I often think about, but looking at these photos of kids from all over the world and their toys, reminded me of it. There is something bitter-sweet in seeing these children’s most precious possessions, and there is something bitter-sweet in remembering your own past precious possessions. This project, made by Italian photographer Gabriele Galimberty is called Toy Stories, tells individual stories while being an anthropological study at the same time. The toys these kids have tell something about their personality, but there are other, perhaps more important things reflected in their toys: the culture they come from, the money their families have and the way they are being brought up and expected to behave in their specific cultures.

Take a look at the stories below (both photos and text © Gabriele Galimberty) and check also the Family Staff photo series, about families and everything they own. 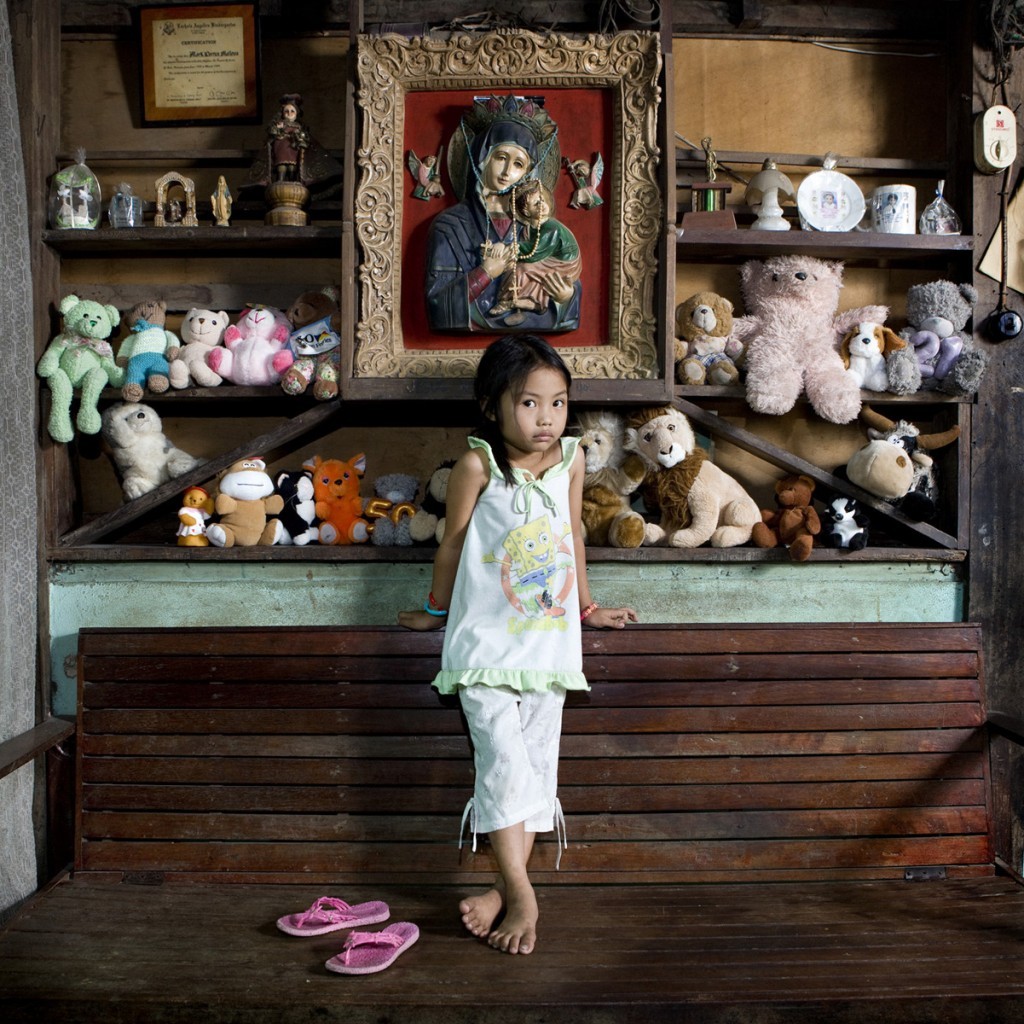 Allenah Lajallab was born and raised in El Nido, a small town north of Palawan in the Philippines. In El Nido there weren’t hospitals and she was born at home. She has a lot of stuffed animals, and her favorite is the orange one because she loves the color. She doesn’t like the white stuffed animal as much, because it gets dirty too easily.

Tangwizi was born in a Maasai village in the south of Kenya in a small hut made of dung and straw. His bed is made of a few rags on the ground. He always plays outside with all the other childern of the village but every night he sleeps together with his unique toy: a little pelouche monkey. 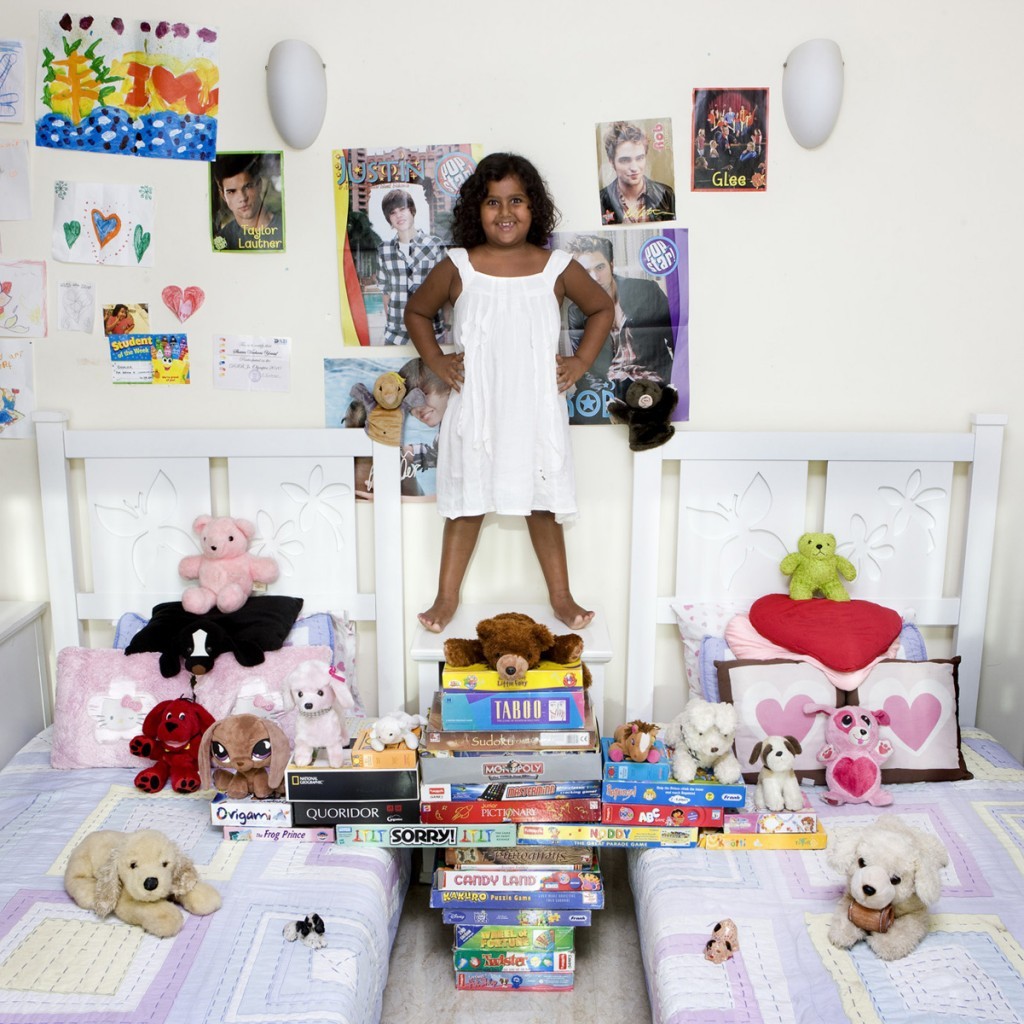 Radhika was born in Mumbai 6 years ago but she lived the first 3 years in New York together with her family. Now she lives in Mumbai but her first language is still English. She knows just few words in Hindi and just because her babysitter speaks just Hindi. Shaira loves table games. She spends a lot of time playing with the board games together with her family. From her room’s windows, at the 18th floor of a new building, she can see almost the whole city. 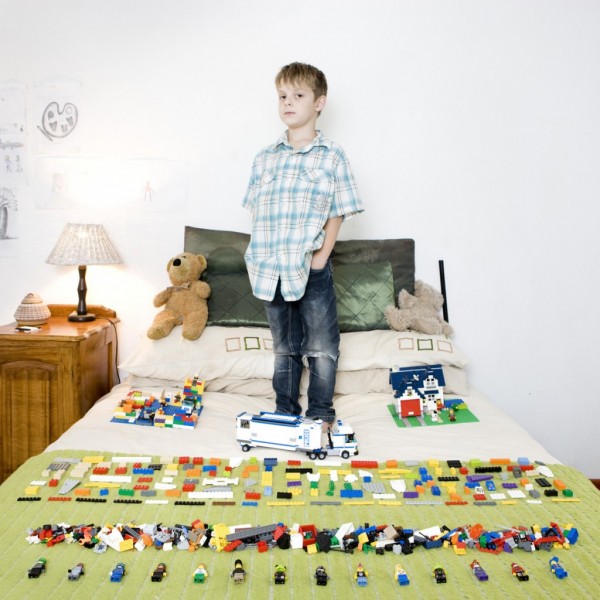 Ryan lives with his parents and his younger sister in the north part of Johannesburg, more then an hour driving from the center. He has never been at school and he will never go because his mother says that she doesn’t believe in other people’s teaching and she want to teach to her children by herself. Ryan loves to play with lego and build castles. 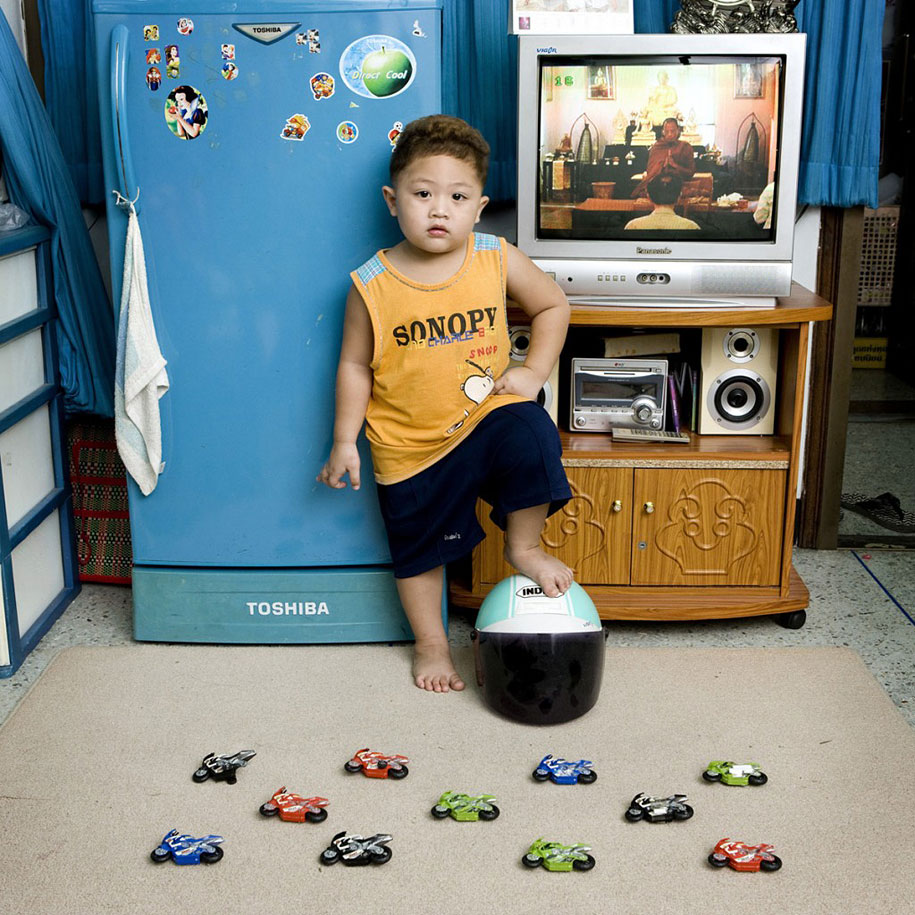 Enea was born in Tuscany to an Italian father and an American mother, but now lives in Colorado. His uncle is a musician and Enea loves to imitate him. He often plays with his small musical instruments, trying to play the theme songs from “Batman” and “Spider Man.” Sometimes he plays with his older sister Anita, and they pretend to have a band.

Alessia was born and raised in the country, his family owns one of the largest farms in the city. She loves to play with animals and helping her grandfather with the work of the farm. With her small tools she brings food to the many Chianina cows.

Abel, the third of five children, was born and raised in the small town of Nopaltepec, about an hour southeast of Mexico City. In this photo he’s posing with all of his games. He loves to race with his toy cars, and sometimes plays with them with his younger sister.

Cun Zi Yi just turned 3, and received a lot of gifts for her birthday. She plays with everything and can’t choose her favorite toy. Her parents say that she’s really good at painting, and will be an artist when she grows up.

Maudy was born in a hut in a small village close to Kalulushi, in Zambia. She grew up playing in the street with the other children in the village, who all attend the same school, where students ages 3 to 10 years old are in the same class. The village has no shops, restaurants or hotels, and just a few children are lucky enough to have toys. Maudy and her friends found a box full of sunglasses on the street, which quickly became their favorite toys. 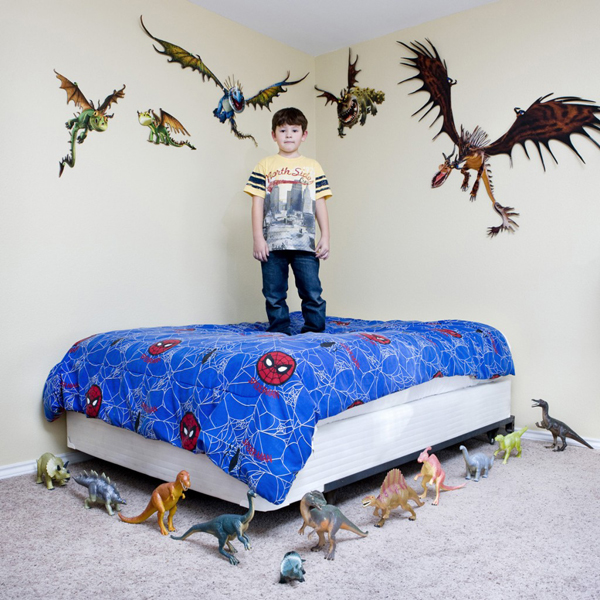 Orly was born in Browsville from a Mexican mother and American father. He has never been in Mexico, 2 miles south of his house and his mother hopes that he will never go there because, she says, it is a dangerous place. He loves dinosaurs. He says that those that fly over his bed protect him from ghosts and from the Mexican people that might kidnap him.

Botlhe has a lot of friends, and all of them live really close by to the small house where she lives with her family in a residential complex. In the complex, there is one toilet for every four families. Botlhe has only one toy, the monkey, but she almost never plays with it because she prefers to go out with friends and play with them.